Replacing A Fretboard: It’s Not As Painful As Removing A Tattoo!

Thinking of tattooing the name of that special someone on your arm? You might try inlaying a fretboard instead. At least it won’t hurt when it’s time to move on. 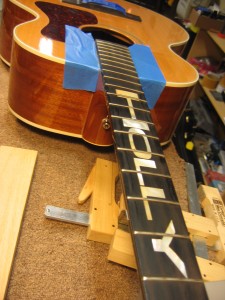 The owner of this bass had the Guild custom shop inlay his wife’s name on the fretboard several years ago.  And they did a great job. The bass sounds terrific. The only problem is that they are no longer married. It seemed like time to move on, so in a relatively pain-free procedure, we replaced the fretboard and inlaid some slightly less specific fretboard markers.

First, let’s get that old fretboard off of there. Using an electric heating blanket, we soften the glue that holds the ebony fretboard to the mahogany neck. 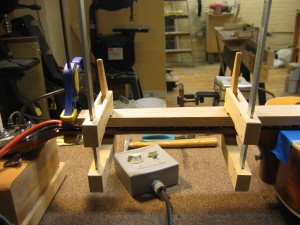 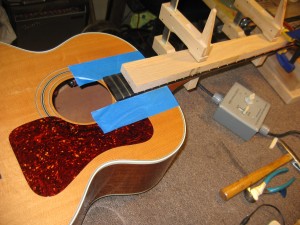 Next, we gently work a spatula between the pieces until the fretboard pops off. 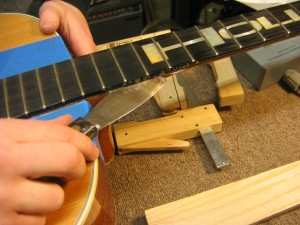 At this point we’ll need to prepare the neck for a new fretboard by sanding the surface level. Then the new fretboard gets glued into place and trimmed to fit the neck. Between the heat, removing the old fretboard, and shaping the new one, the finish gets pretty  roughed up so we strip and refinish the entire neck. 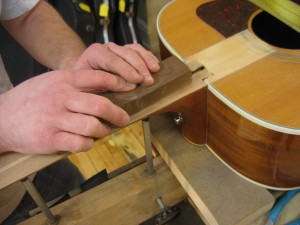 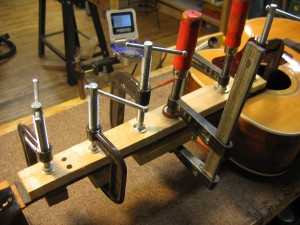 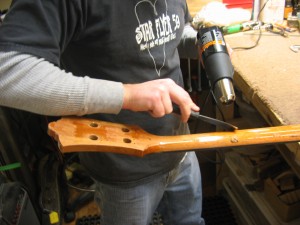 Next it’s time to rout channels for the new pearl inlays and glue the new pieces into place. Then we level the whole fretboard to clean it up and get ready for fretting. 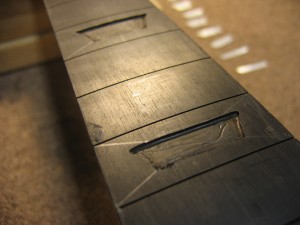 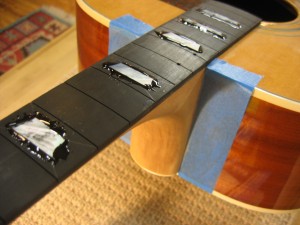 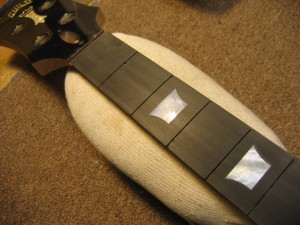 After leveling and cleaning the new fretboard, Dan hammers in the frets, making sure each one is seated perfectly. 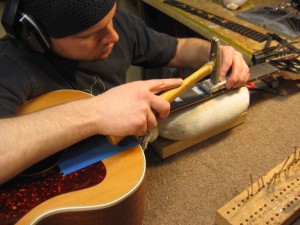 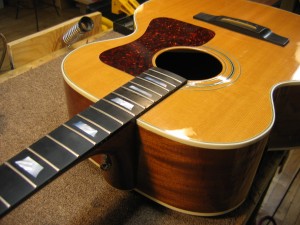 A fresh set of strings and The Works setup later, this bass is ready to make some new music!