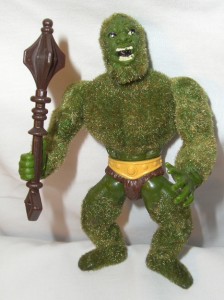 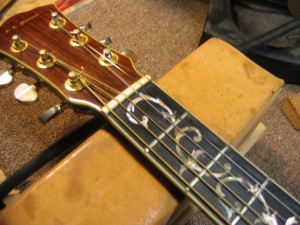 Not long after posting photos of our previous Mossman neck reset, we received two more Mossman guitars that needed the same treatment, but with an extra necessary step. Since they received identical work, the photos in this post will jump between the two guitars. You’ll see them receive neck-resets, re-frets and that extra step – the addition of a brace that was missing in the original design. The guitar in that previous post was made a few years after these and by that time the design flaw had been remedied.  After years of not seeing this company’s guitars, it was interesting to see a number of them arrive so close to each other.

In the early 1970’s, Mossman guitars experimented with an internal bracing pattern that was intended to reduce mass and increase volume. The company’s guitars from that period were built without a large spruce brace or strut that is traditionally placed above the sound hole.  In its place were two tiny braces and a pair of mahogony “feet” that protruded lengthwise from the head block (the head block is a block of wood inside the guitar where the neck is attached.) In the photo below, we’re looking through the sound hole at a mirror aimed up at the feet. Guitar repairmen before us have dubbed this Mossman condition “The Agony Of The Feet.”  The new brace will go between the two skinny ones.

Above, you can see that the two skinny spruce braces that pass underneath the feet are tapered down to almost nothing, then notched in the middle (to accommodate a truss rod wrench.) Not a whole lot of strength there. As a result, once the guitar hits 30/35 years the neck has shifted substantially – raising the action and making a neck reset necessary and long overdue. A quick check of the bass side action shows it to be more than 5/32″ – substantially higher than we’d like. The bridge saddle was too low to bring down any further, so a neck reset is in order. 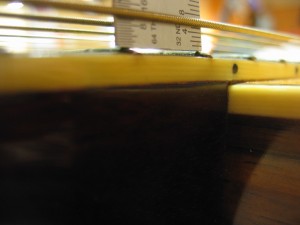 Like lots of 30+ year old guitars, this one will also need a new pickguard. 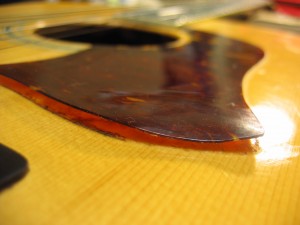 First we heat the fretboard tongue, loosening the glue that holds it to the top surface. These guitars used a simple two-bolt neck joint rather than a dovetail, so we don’t need to steam off the entire neck. 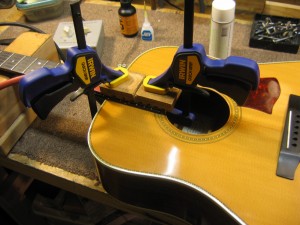 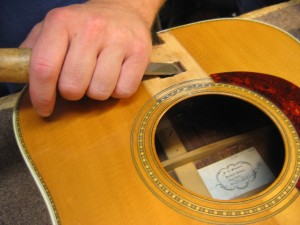 With the neck off, Dan chisels a hole between those two skinny braces. Through this hole, he’s able to cut through the “feet,” creating a space big enough to accommodate a custom-made full size brace. 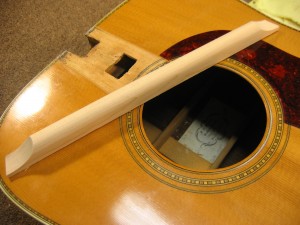 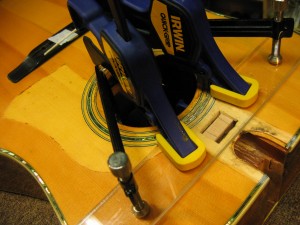 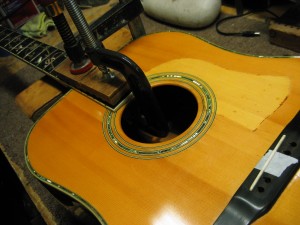 After resetting the neck angle and re-installing the neck, it’s time to spruce up the fretboard. After 35 years of wear and tear, it’s ready for a face-lift. Yuck. 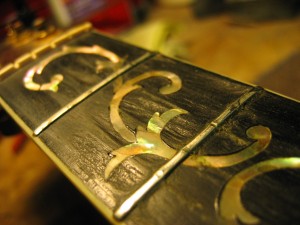 Dan removes the old and pitted frets, then levels the fretboard to create a true and even surface for the new frets. 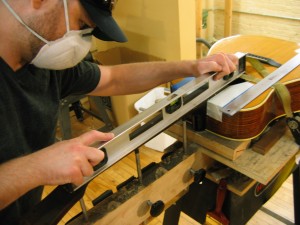 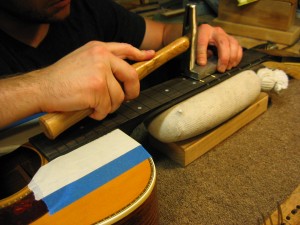 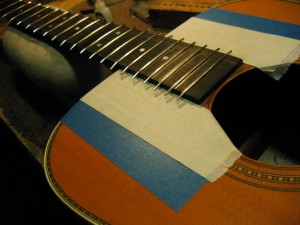 After carefully hammering each fret into place by hand, he trims and shapes the fret ends and dresses the new fretboard. 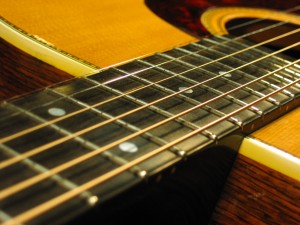 Here’s a look at the new bone saddle – tall enough for many more years of playing. 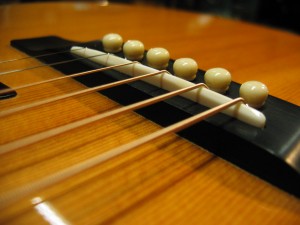 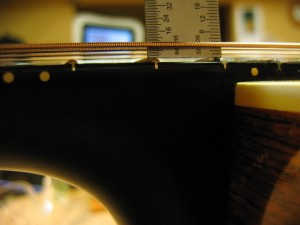 Playing action for both guitars is now low and comfortable. 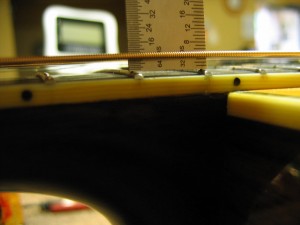 Both of these Mossman guitars sounded truly great when the work was complete. They required an extensive restoration, but the owners both agreed it was worth the trouble and expense.